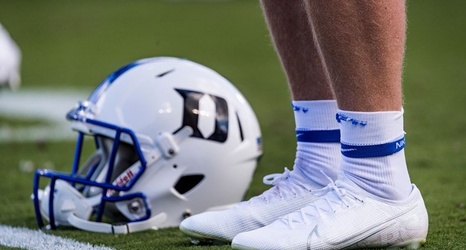 DURHAM, N.C. – Duke's football game against Wake Forest, originally scheduled for November 21, will not be rescheduled.

This past Tuesday, the Atlantic Coast Conference announced the game would not be played on its originally-scheduled date due to positive tests and subsequent quarantining within the Wake Forest football team.

"The decision to forgo playing Wake Forest on December 19 was made with the health and safety of our players and staff as the priority," said Duke head coach David Cutcliffe. "In this unique semester with ever-changing circumstances, notwithstanding the recent surge in positive COVID-19 cases nationally, we deemed it appropriate to adhere to our original timeline and allow the student-athletes to return home for the first time since mid-July following our game versus Florida State on December 5.