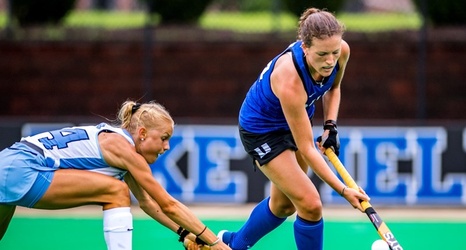 DURHAM, N.C. – The second-ranked Blue Devils continue a tough stretch with two more matchups against ranked opponents. Duke makes the short trip to Chapel Hill, N.C., to take on the nation's top-ranked team in North Carolina Friday on ACCN before hosting No. 12 Princeton at home Sunday on ACCNX.

Head coach Pam Bustin's squad will look to even its ACC ledger Friday in a one versus two matchup against the Tar Heels.

After playing five of its six first games on the road, the Blue Devils are in the midst of a seven-game stretch that keeps the squad close to home.