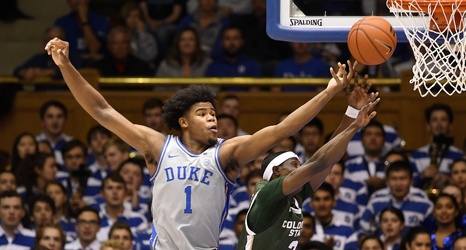 No. 4 Duke kept on rolling after its win in the State Farm Champions Classic on Tuesday night over the No. 3 Kansas Jayhawks.

The Blue Devils returned to Cameron Indoor Stadium for its home opener against the Colorado State Rams and after a slow start, Duke found its footing towards the end of the first half and never looked back, winning 89 – 55.

Duke took a 42-26 lead into halftime but did not see many 3-pointers go in, not only in the first half, but throughout the game.

Alex O’Connell led the way for the Blue Devils behind the arc, making 3-of-6 attempts, but the only other Dukie to make a deep shot besides O’Connell was Matthew Hurt.