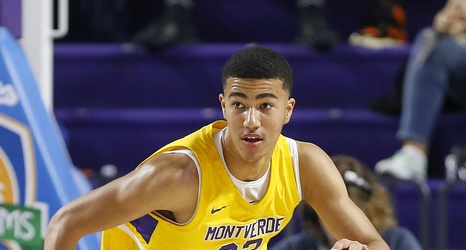 You can take Caleb Houstan off the board: he committed to Michigan Friday morning.

The 6-8 native of Mississauga, the hometown of former Duke star RJ Barrett, chose Michigan over Duke, Virginia and Alabama. It’s much more of a hit for Virginia than Duke, which already has two outstanding forwardds in its recruiting class in Paolo Banchero and AJ Griffin and a chance to also land Patrick Baldwin.

It’s a huge get for Michigan and Juwan Howard. Since his return to Ann Arbor, Howard has been competitive in recruiting but not won many big battles. This is really important for the Wolverines.