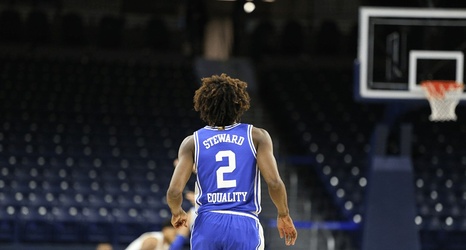 It was hard to predict how the Duke Blue Devils would respond to missing one of it’s top freshman players, coming off of a loss at home to Illinois and playing it’s first road game of the year which was also it’s first ACC game – all firsts for the freshman class. Notre Dame was the older team, the better shooting team (at least coming into the game) and they had the home court advantage but the Blue Devils took control of the game early and never really looked back. Duke was methodical, consistent, efficient and in constant motion offensively.