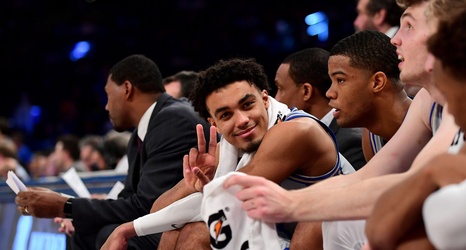 Jones was also included on the preseason watch list for the award along with Blue Devil freshman Vernon Carey Jr.

Tre Jones is in his sophomore year at Duke being the only player, along with Joey Baker, to return from the 2018 recruiting class that included three Top-10 NBA Draft picks in Zion Williamson, R.J. Barrett, and Cam Reddish.