Duke basketball's hallmark thru 10 games may fade away 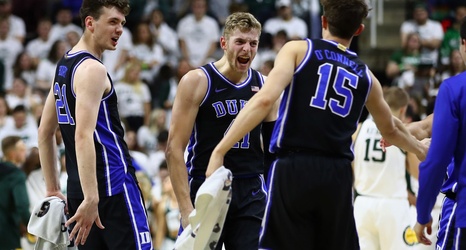 Through a 9-1 start to the 2019-20 Duke basketball campaign, 10 Blue Devils are averaging at least 13 minutes. If Mike Krzyzewski distributes playing time to the same degree through the final game, then the number of guys averaging said playing time would be two more than any of his teams from the past decade.

But here's the thing: the 40th-year Duke basketball coach has always begun seasons far more generous to his bench than he has been after Christmas. As soon as ACC play kicks into high gear each year, the number of guys he routinely trusts begins to dwindle.