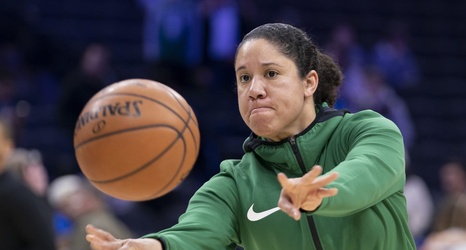 After the Duke Women's Basketball program was hit with a stunner last week as head coach Joanne P. McCallie announced she was stepping down from the program, Athletic Director Kevin White might have found the perfect replacement.

According to multiple reports, Kara Lawson is the clear frontrunner and is expected to be named as the next head coach of the women's basketball program.

Lawson has a rich background not just in the sport of women's basketball, but in basketball in general as the 39-year old is currently an Assistant Coach with the Boston Celtics.

At the present moment, Lawson is in Orlando, Florida as Boston trains for the restart of the NBA season.