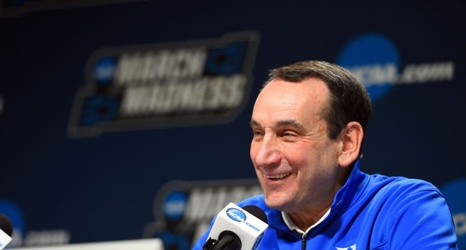 Duke basketball head coach Mike Krzyzewski gave his answer to one of the biggest questions in the sport.

It’s not the Michael Jordan vs. LeBron James debate, but it’s close.

Mike Krzyzewski gave his answer on who would in a seven game series, the 1992 USA Dream Team or the 2008 USA Redeem Team?

The Hall of Famer made an appearance on JJ Redick‘s podcast, The Old Man and the Three with JJ Redick and Tommy Alter, and Krzyzewski’s former star posed him with the question.