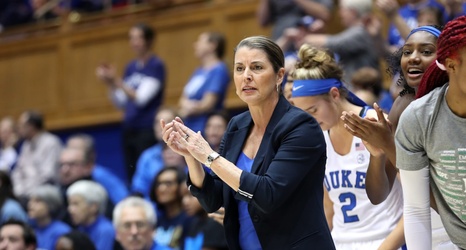 One of the more remarkable turnaround in the regular season has been the Duke Women's Basketball team.

The Lady Blue Devils finished with an 18-11 record and 12-6 in the ACC but have played its best basketball down the stretch, winning nine of its last eleven games, all coming in conference play, including a sweep of the North Carolina Tar Heels, most recently a 73-54 victory.

Duke earned the No. 3 seed in the ACC Tournament and after her 23 point, nine rebound, five assist, and three steal performance against the Tar Heels, Haley Gorecki was named as the ACC Player of the Week.