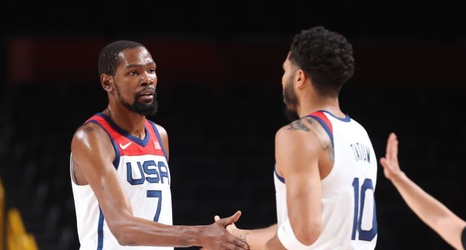 It was a stressful yet historic evening for Team USA at the Tokyo Olympics as the Americans took the best shot and then some from the Czech Republic as a former Duke basketball star received high praise following the victory.

In the second quarter of Team USA’s 119-84 win, Kevin Durant passed Carmelo Anthony as leading score in the history of USA Olympic Basketball.