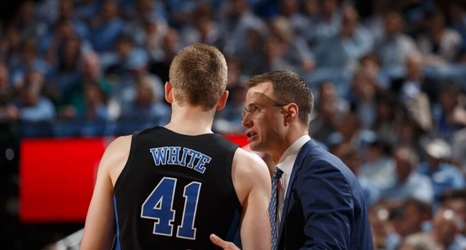 The recruiting domination of Duke basketball coach Jon Scheyer is continuing through the summer.

Since being named as the successor to Mike Krzyzewski, Scheyer has already landed three commits with the latest coming from Class of 2022 four-star shooting guard Jaden Schutt.

Schutt, Dariq Whitehead, and Kyle Filipowski have already combined to rank as the No. 1 recruiting class in the ACC as well as the top class in the country, according to ESPN, and the No.