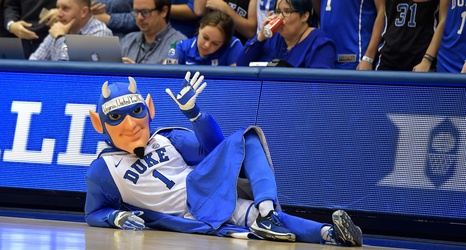 At this point, there is no Duke basketball scholarship offer on the table. In fact, there is no evidence that suggests anyone from Mike Krzyzewski's staff has even scouted or reached out to Lewisville (Texas) sophomore guard Keyonte George.

But in light of the tweet from Tipton Edits on Sunday night reporting that George called Duke his "dream school" — the recruit essentially confirmed the claim by "liking" said tweet — it seems safe to assume at least some interest will eventually arise out of Durham. As for now, though, the NCAA has temporarily halted all in-person recruiting efforts due to the COVID-19 pandemic.