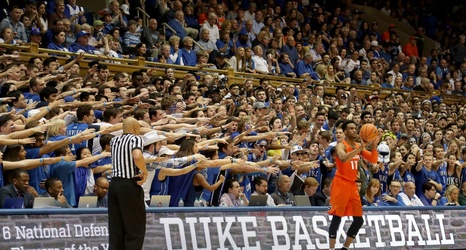 Alan Griffin and Adrian Griffin Jr. will finally take the floor together once again but it won't be on the same team as the two will shortly become ACC rivals.

Adrian Griffin Jr. will be joining the Duke Blue Devils as a five-star prospect in the Class of 2021 while Alan Griffin has committed to Syracuse after spending two seasons at Illinois.

Duke had reached out to the older Griffin brother as soon as he announced his intentions to transfer, but he did not include the Blue Devils in his final list of schools.