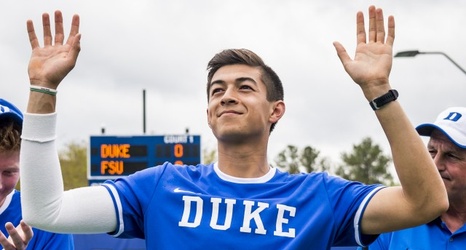 DURHAM, N.C. – Dominant pitching and early offense carried the Duke baseball team to a 7-0 victory against Army West Point in Sunday's series finale at the Durham Bulls Athletic Park. With the win, the Blue Devils improve to 2-1 on the campaign and clinch their first series win of the season.

"We got a great start from Cooper Stinson," said head coach Chris Pollard. "That was as good as I've seen him throw the baseball. He was really electric. I thought we had really tough at-bats early in the game against a really good arm in Ray Bartoli.