Defense, Toughness Leads Duke To A Remarkable Win Over #1 Gonzaga 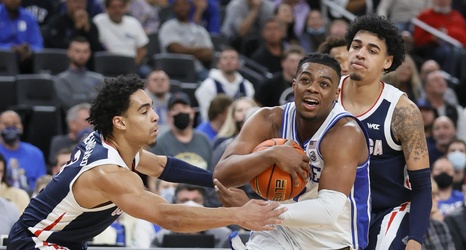 Duke couldn’t shoot, couldn’t rebound and couldn’t keep its key players on the floor for key portions of the second half.

But man they could defend, forcing the top-ranked Gonzaga Zags into 17 turnovers and winning a topsy-turvy heavyweight match-up 84-81 in Las Vegas Friday night.