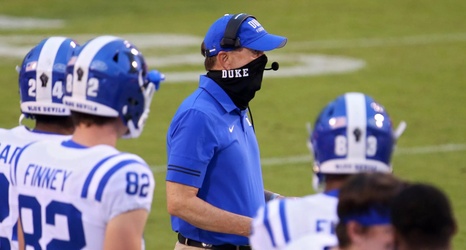 David Cutcliffe addressed the media Monday afternoon, following a bye week after a dismal performance against North Carolina, with perennial nemesis Wake Forest on the horizon.

Like any competent coach Cutcliffe isn’t going to give away much and he did revert to some traditional themes, mostly relating to the importance of practice in developing winning habits.

But some useful information was conveyed.

Duke clearly was disappointed with the poor play of both their offensive and defensive lines against the Tar Heels. It all begins with blocking and tackling and Duke didn’t do either of those very well in its most recent game.