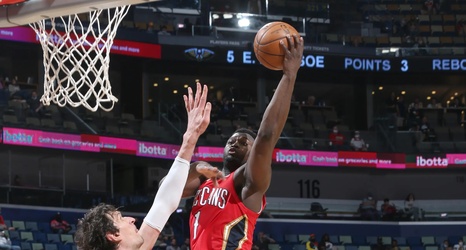 We’ve followed Zion Williamson's ascent to NBA stardom with great fascination, partly because he’s a Duke guy obviously but also because there’s never been anyone remotely like him. He’s built like a 1950s style refrigerator, about as hard to move, and has skills that allow him to play at any position on the court.

To the best of our memory, the only guys who have ever been able to do that are Magic Johnson, who filled in at center in the 1980 NBA Finals when Kareem Abdul-Jabbar couldn’t go due to migraines and finished with 42 points.

For the rest of his career, he was a 6-9 point guard, which is still fairly unusual.