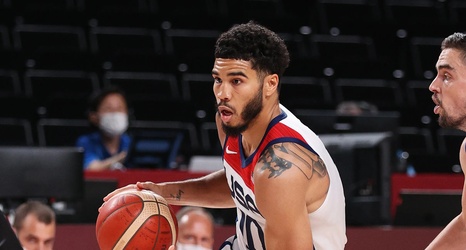 Behind big games from Kevin Durant and Jayson Tatum and beat the Czechs 119-84.

Durant had 23 points, eight boards and two assists while Tatum had 27 off the bench on 10-16 from the floor.

The US also scored 27 points off of 15 turnovers, eliminated the fast break for the Czechs, holding them to just two points there.

So that makes two blowouts in a row after the dismal game against France and this team has to be feeling better about itself. Jrue Holiday, after the game, even said “looked easy didn’t it?”

However it didn’t start off that way.