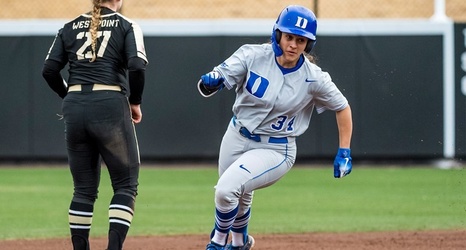 GREENSBORO, N.C. – Duke softball graduate student Rachel Crabtree has been named the ACC Player of the Week, as the league announced on Tuesday.

A native of Huntington Beach, Calif., Crabtree was on base for much of the week, hitting .615 (8-for-13) with two home runs, five RBI, a double, two walks and seven runs scored.