Could Duke basketball guard pull out of NBA Draft and return to Durham? 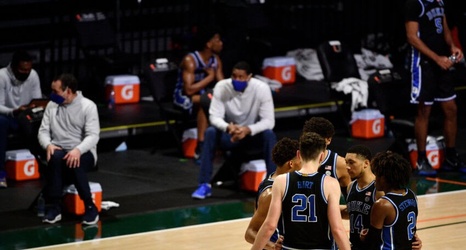 It was not a pretty week at the NBA Draft Combine for a Duke basketball guard.

Most prospects use the NBA Draft Combine to dazzle organizations with their athleticism, basketball potential, and personality in the interview process but one former Duke basketball guard did not put his best foot forward last week.

DJ Steward announced he was declaring for the 2021 NBA Draft on April 2 and that would be the end of his college career after one season.

Many questioned the decision but the Blue Devils didn’t think twice about the move, reloading and filling his roster spot with five-star guard Trevor Keels one day after the announcement.