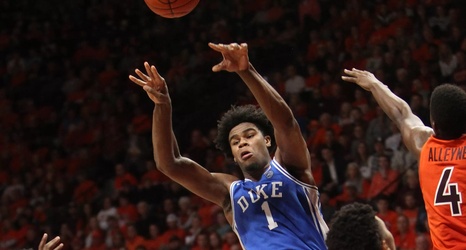 This year is a little different for Duke draftees. In the last decade, Blue Devils have had a lot of success in the draft. Last year for instance, Zion Williamson went first while RJ Barrett went third and Cam Reddish 10th.

This year, depending on who you listen to, Duke’s three prospects (Tre Jones, Cassius Stanley and Vernon Carey) might or might not be first-round picks. None are being talked about as lottery picks.

Carey has a particular issue in that he’s seen as a classic post player with relatively average athleticism. He was the best freshman in the country last season but the NBA has changed.