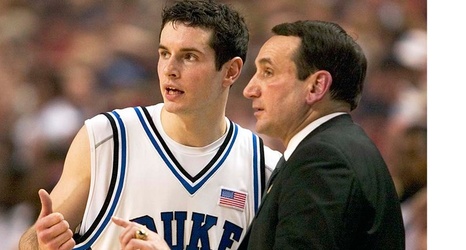 DURHAM -- Former Duke star and National Player of the Year JJ Redick, who expanded his off-the-court brand with a new podcast, "The Old Man & the Three", welcomed his former coach Mike Krzyzewski to this week's episode.

Redick, a 14-year veteran who currently plays for the New Orleans Pelicans, launched his new podcast in August after his popular initial podcast, the "JJ Redick Podcast," ran for 100 episodes over four years. The 36-year-old Redick was the first active NBA player to host his own podcast and recently told the New York Times he is aiming to build a small network of podcasts over the next few years.