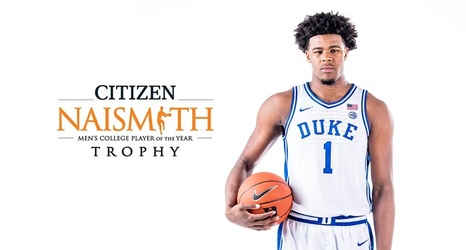 DURHAM, N.C. – The Atlanta Tipoff Club has announced that Duke freshman Vernon Carey Jr., is one of 10 semifinalists for the 2020 Citizen Naismith Trophy for Men's Player of the Year.

The Blue Devils' center has recorded 14 double-doubles this season, which are ranked second among NCAA freshmen and second in the ACC. Nine of Carey's double-doubles have been 20-10 performances, while 13 have come as 15-10 games. His .577 field goal percentage leads the conference, ranks fourth among NCAA freshmen and is fifth nationally among players with at least 330 field goal attempts.