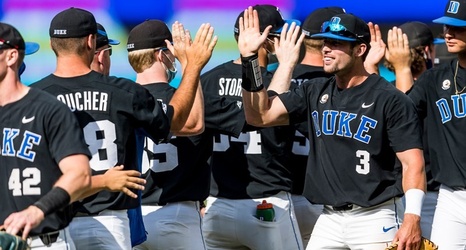 The ABCA Team Academic Excellence Award is earned by programs that post a grade-point average of 3.0 or better on a 4.0 scale for the entire 2020-21 academic year.

The Blue Devils earned the honor for the sixth consecutive season, each season since the awards inception in May of 2016. Duke was one of 94 Division I baseball programs from across the country and was joined by Georgia Tech, Louisville, Notre Dame and Wake Forest in representing the ACC.