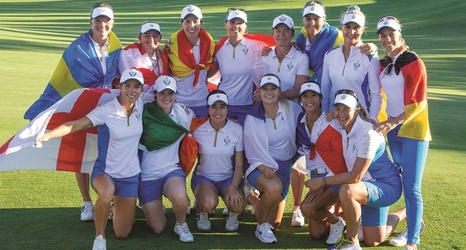 TOLEDO, Ohio – The Duke University duo of Celine Boutier and Leona Maguire combined for six points over three days on their way to helping lead the Europe squad to a 15-13 victory over the United States at the Solheim Cup, which was contested at the Iverness Club in Toledo, Ohio.

Both former Duke National Players of the Year selections won their singles matches on Sunday to help Europe retain the Solheim Cup on U.S. soil for the first time. Europe has now won four of the last six contests and now only trails the U.