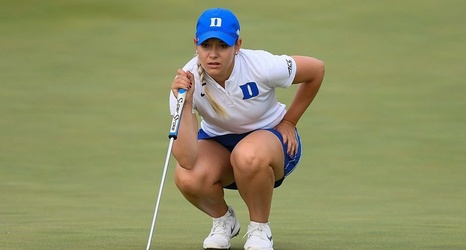 DURHAM, N.C. – With the sudden end of the 2019-20 campaign, senior Ana Belac was unable to close her Duke career the way she wanted and head back to the NCAA Championship to vie for a second straight title.

She has decided to make a dream come true and announced she is turning professional. Belac, who hails from Portoroz, Slovenia, will open her professional career on the Symetra Tour when action resumes.

My childhood dream just became reality! I am excited to announce that I have officially turned professional, and will be teeing off on the @ROAD2LPGA when the season resumes!