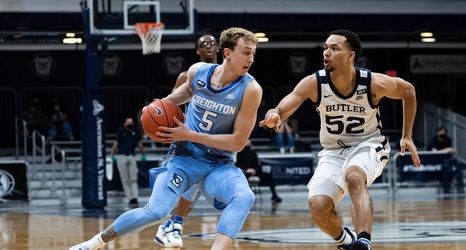 Alex O’Connell left Duke for Creighton after last season. We never really saw a great explanation for his move but part of it was bound to be playing time. Like all transfers, he got a waiver and has been playing since December 16th.

So while there were probably more than one reason for his transfer, how has basketball worked out so far?

On a statistical basis through seven games, it’s pretty much a wash. Last season at Duke he averaged 13.3 mpg. His shooting is better - he’s gone from 40.5 overall at Duke to 50.0 percent for the Blue Jays.