A Word About David Cutcliffe And Duke Football 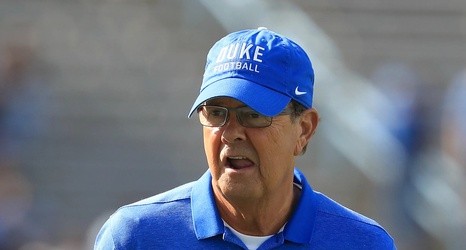 Whatever happens against Miami Saturday, Duke’s season will end. There is no post-season for a three or four-win team. We all know that.

But what of David Cutcliffe? Will Duke can him? Will he decide to call it a career?

We hope the answer to both is no.

Look, no one is happy about a losing season and no one, certainly not Cutcliffe, is going to defend it.

But there are things to consider.

First, a big reason why Duke became so epically bad at football for so long (at one point, Louisville sued because Duke pulled out of a contracted game and Duke actually argued that it wasn’t really a D-1 team - and the judge bought it.