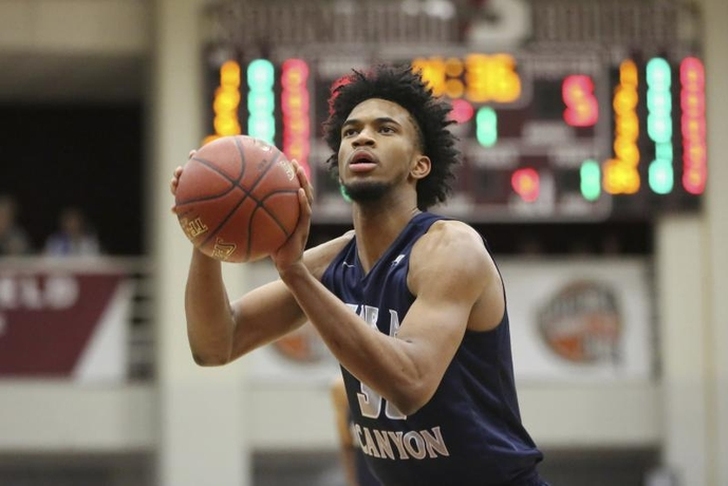 Marvin Bagley III, the top overall recruit in the 2018 class, announced on ESPN's Sportscenter that he has reclassified to the 2017 recruiting class and has committed to Duke.

The Phoenix native picked the Blue Devils over UCLA and USC.

His commitment will likely push the Blue Devils to No. 1 when the preseason polls are released. He becomes the seventh player in Duke's recruiting class, joining fellow five-star recruits Gary Trent Jr., Wendell Carter and Trevon Duval. That class now ranks No. 1 in the country.

Bagley wanted to reclassify to 2017 in order to play his college basketball this season, which would allow him to get to the NBA one year sooner. He is now in the conversation with Missouri's Michael Porter Jr. and Real Madrid's Luka Doncic as the projected No. 1 pick in the 2018 NBA Draft.

At 6-foot-11 and 210 pounds, Bagley is an extremely versatile forward and game changer. He can handle the ball and attack the rim like a guard while having the rebounding and shot-blocking abilities of a true big man. Those skills, coupled with his fluid athleticism, make him a matchup nightmare.

He averaged 25.8 points, 14.9 rebounds and 3.7 blocks per game in Nike's Elite Youth Basketball League in the spring. Check out his highlight film below:

Follow our Duke Blue Devils news page for all the latest Duke basketball news or download the Chat Sports App!