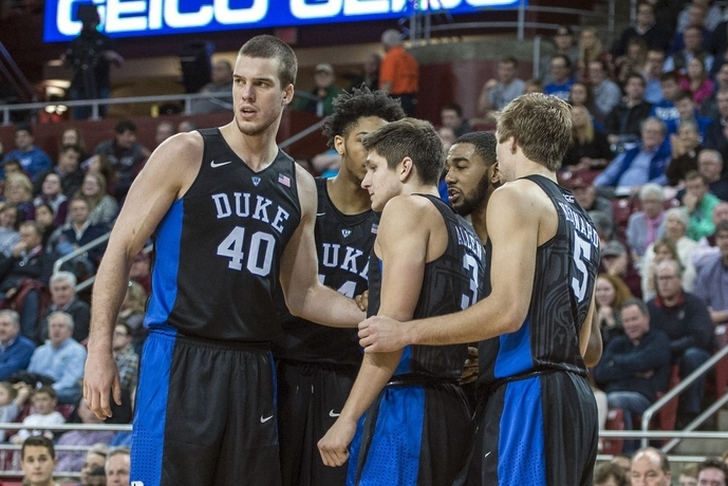 The Duke Blue Devils don't come into the tournament as the national championship favorites last year's team did, but the result may still stay the same. If there are two things we learned about Duke this season, it's that they can beat anyone in the country - and you can never count them out. Will that resiliency lead to another national championship for the Blue Devils? Here are three reasons why it will happen:

There are maybe a handful of teams across the country that have the talent to match this capable duo. Allen is one of just five major conference players averaging over 20 points per game, while Ingram is projected to be the No. 2 overall pick in the NBA Draft this summer. Both players are knockdown shooters from the three-point line and are excellent at attacking the rim, making both extremely tough to guard. Look for these two to become even bigger stars in the NCAA Tournament while they lead Duke on a long, long run.

There are four names on the Mount Rushmore of college basketball coaches; John Wooden, Bob Knight, Dean Smith and Coach K. No modern-day coach mixes in-game adjustment, off-court motivational tactics and overall organizational efficiency with the grace and transparency that Coach K does. If you want to get a group of talented recruits to come together as a unstoppable machine, you can't do any better -- past or present -- than Mike Krzyzewski.

Really, who has proven to be a dominant team this season? Every team across the country has flaws that can be exploited, so why can't Duke make a long run? Eight was enough last year, and now that Chase Jeter has emerged as a viable option, Duke feels comfortable going with a seven-man rotation. As long as Duke is hitting shots, their depth will no longer hold them back.