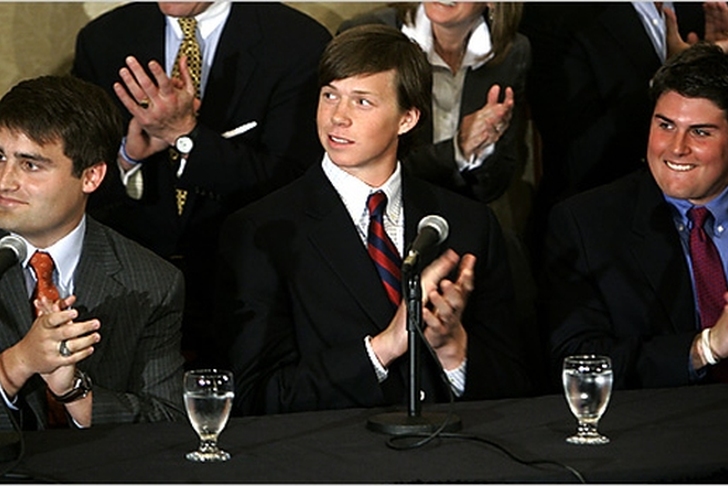 The ESPN 30 for 30 Documentary, Fantastic Lies, aired Sunday night and detailed the infamous Duke Lacrosse rape case. The documentary showed what happened in that case, from start to finish.

The lacrosse team hired a stripper to come to a party at the lacrosse team house, and the three players were later accused of rape. The accusations were later proven to be false, and the district attorney was later disbarred for ignoring evidence that the players were innocent, but not before severe damage was done. The Duke lacrosse coach was forced to resign and the players involved had their lives forever changed. With that in mind, here's where the three players falsely accused of rape are today.

Collin Finnerty
After Finnerty left Duke, he graduated from Loyala College in Maryland. He played lacrosse there and even helped led the team to the NCAA Tournament. Finnerty found a job as an account service representative at ESPN, according to his LinkedIn profile. He was at ESPN for a year and a half before taking a job Deutsche Bank in New York as an Equity Salestrader. He's been there since July 2012.

Reade Seligmann
Seligmann went to Brown University after leaving Duke, playing lacrosse there. After Brown, he went to Emory Law School, according to his LinkedIn profile. Seligmann worked his law up the ladder, starting as an intern. He was a summer associate at Connell Foley LLP in New Jersey, before taking a job as a clerk with the U.S. District Court in New Jersey. In 2014, he landed a job as an associate at Connell Foley in New York.

David Evans
Unlike the previous two players, Evans graduated from Duke with a degree in Economics. He later picked up an MBA in Finance from the University of Pennsylvania - The Wharton School in 2013. Evans has held several jobs in the finance sector, according to his LinkedIn profile. He's currently at Apax Partners in New York on the consumer team.