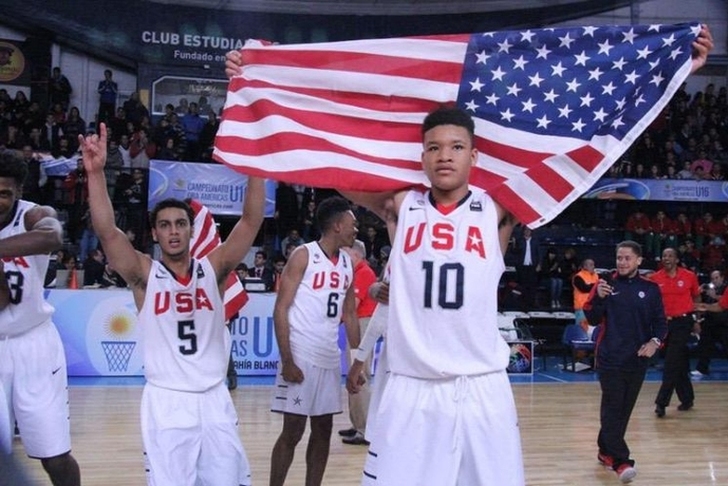 The Duke Blue Devils have shown a lot of interest in 2017 five-star small forward Kevin Knox (Tampa, FL), who was one of the stars of the U-16 USA Basketball team.

"Tremendous athlete and I don't think a lot of people knew about him," Showalter said. "I think he could run forever and not get tired. He's just that kind of athlete. He just goes and goes and goes. He's very aggressive around the basket. I like the fact that he just kind of plays. He knows where the ball's going to be and he sets screens and he just kind of knows how to play the game. He's a very good rebounder and a good mid-range player. He can shoot the basketball from fifteen. We're really pleased with him. I think he's a legit 6'7" so I think he could play some four. This year, for sure, I don't think it's going to make much difference for him at the four. When you play against some European teams like Spain and Croatia, he might be a little undersized, but he can play a four. He may be 6'9" by next year. And he's a great quarterback too."

Duke head coach Mike Krzyzewski has been at some of Knox's games, but Knox says assistant coaches Jon Scheyer and Nate James are recruiting him the hardest for the Blue Devils.