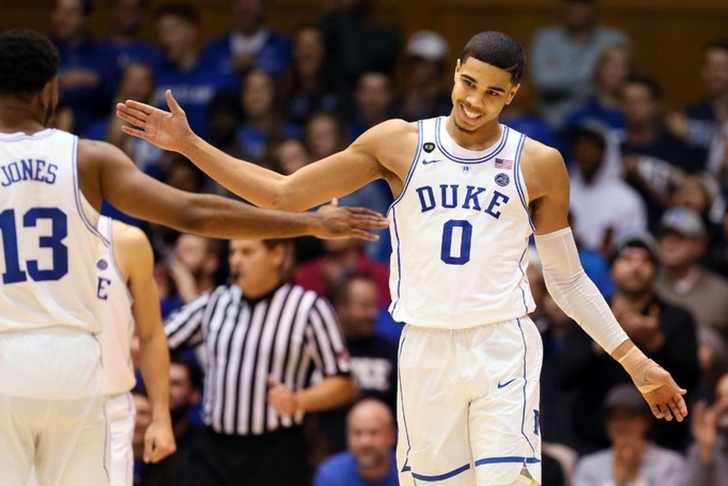 Duke Blue Devils freshman Jayson Tatum has been named ACC Freshman of the Week for the second time this season, the conference announced today.

Tatum started the week with a fantastic performance that helped lead Duke to a 86-78 win over UNC on Thursday, scoring 19 points (all in the second half) with a team-high nine rebounds and a career-high five assists. He also had arguably the play of the game with this monster dunk over Kennedy Meeks.

In Duke's 64-62 win over Clemson on Saturday, Tatum recorded nine points and seven rebounds. However, he once again came through when his team needed it most, hitting this big three with just over two minutes left to give the Blue Devils a seven-point lead.

Tatum is averaging 15.6 points and 7.0 rebounds per game this season. He ranks second among ACC freshmen in both categories.

The 6-foot-8, 205-pounder is also a finalist for the Julius Erving Small Forward of the Year Award, given annually to the best small forward in the country.