Coach K To Return To Duke For Saturday's Game vs. Pittsburgh 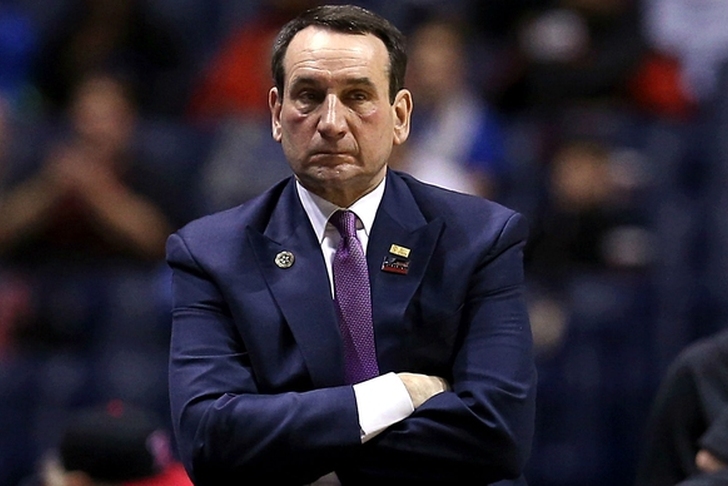 Duke Blue Devils head coach Mike Krzyzewski is set to return from back surgery and will coach this Saturday when Duke hosts Pitt, the school announced.

Duke has confirmed that Mike Krzyzewski will be back for Saturday's game.

Coach K had back surgery on Friday, Jan. 6 to remove a fragment of a herniated disc in his back, and was expected to miss up to four weeks. Duke struggled in his absence under interim head coach Jeff Capel, posting a 4-3 record.

Krzyzewski was still around the team during his recovery, having meetings with players, occasionally showing up to practice and famously taking away the players' Duke gear and locking them out of the locker room. Saturday will mark his return in a full capacity and as head coach.

The Blue Devils are currently No. 21 in the country with a 17-5 record, but their 5-4 mark in ACC play is their worst start since the 1995 season, when Krzyzewski missed over half the season due to another back surgery.

Duke will play Pitt at 1:00 pm ET on Saturday. The game will be televised by CBS.