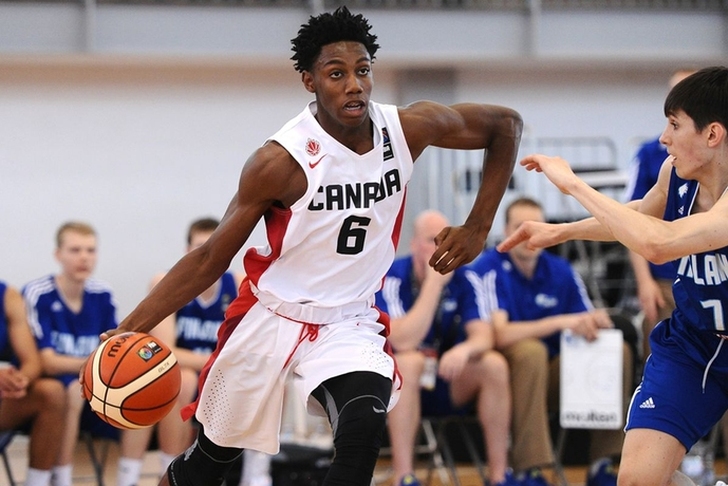 R.J. Barrett, the top overall prospect in the 2018 recruiting class, announced that he has committed to the Duke Blue Devils over the Oregon Ducks and Kentucky Wildcats.

The 6-foot-6, 180-pounder is originally from Mississauga, Ontario, Canada, but has been playing his high school basketball at Monteverde Academy in Monteverde, Florida. That's the same high school program that has produced Ben Simmons and D'Angelo Russell, among others.

Barrett, who reclassified from the 2019 recruiting class to 2018 in order to get to the NBA a year sooner, is already projected to be a top two pick in the 2019 draft. Going to a school that produces pros was a major factor in his decision.

“The biggest thing RJ cares about is, where will he go to position and prepare himself best for the NBA,” said Tariq Sbiet, according to North Pole Hoops. “He’s going to be there for one year."

Barrett's commitment gives Duke the No. 1 recruiting class for the third year in a row, joining fellow five-star recruits Cameron Reddish and Tre Jones. All three are ranked among the top six prospects nationally.