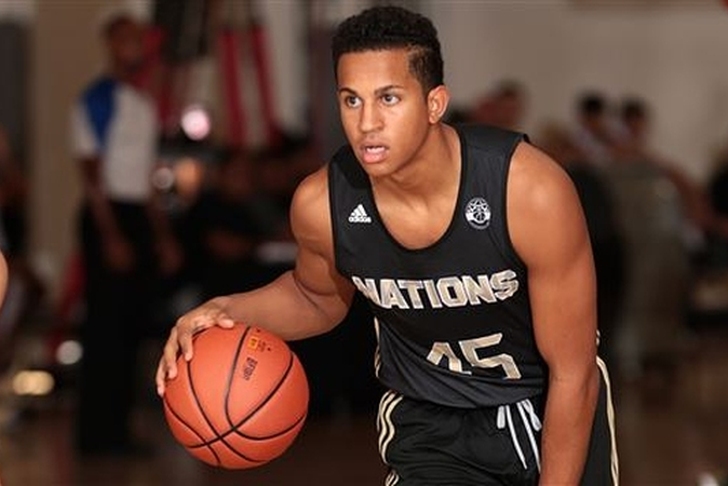 “When [Duke] offered me I was definitely eager,” Jackson told Scout.com. “It’s every kids dream to be able to play basketball for Coach K and be a Duke Blue Devil. Really when I was on that visit and in the room with Coach K I just kind of felt something and it felt completely right. It was the right decision for me. The history behind the school is amazing. They’ve had so much success. They’ve been a powerhouse for so many years now.

"Coach K is one of the greatest coaches of all time. Playing for him is a true honor. I’ve gotten to know him very well actually and he’s a man I respect very much. I’m going to put my trust in him and that’s what I’m doing right now. He’s going to make me a better basketball player and he’s going to get my body ready for the next level. I just think Duke is the best spot for me.”

He played on the adidas circuit for the Utah Prospects this summer, and averaged 24 points, four rebounds, and 2.7 assists a game, as well as 26.9 points a game during his junior high school season at Lone Peak.

Follow our Duke Blue Devils team page for all the latest Duke basketball news and rumors!