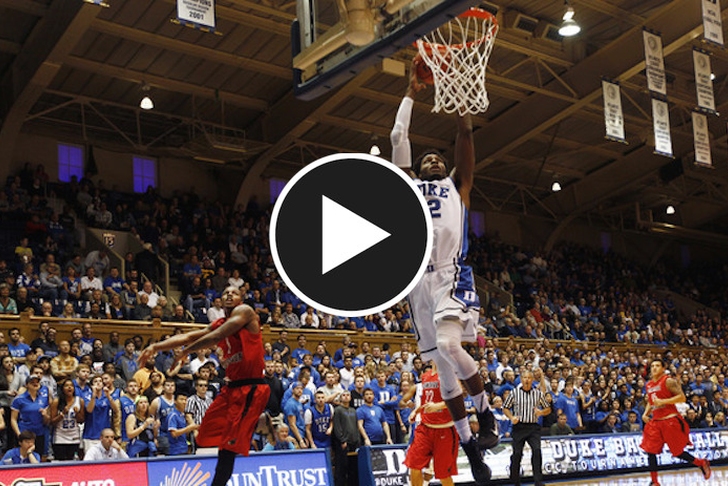 Duke uncharacteristically started three freshmen in their starting lineup against Presbyterian, a move that paid dividends for the Blue Devils.

Center Jahlil Okafor led they way with 19 points, and point guard Tyus Jones and forward Justise Winslow each contributed 15, though nothing was as impressive has this HUGE slam from Winslow.

Grayson Allen, the fourth freshman from Duke's incoming class, had 18 points off the bench in Duke's 113-44 victory.

Yeah, this season's going to be fun, Duke fans.