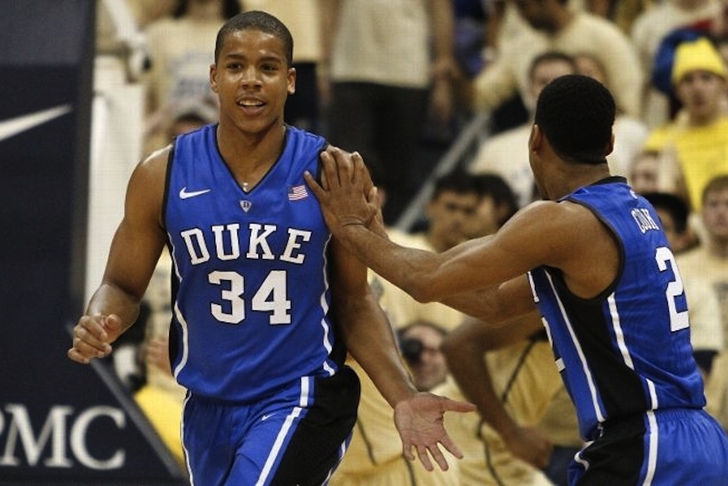 The big day is finally here. 36,000+ packed into the Carrier Dome to watch the two best teams in the ACC, coached by the two greatest coaches (in terms of wins) in NCAA history, battle it out. Duke is riding a five-game winning streak, while Syracuse is 20-0. Now that the hype machine is done and gameday is finally here, its time to focus on what will happen between the lines.

Ennis and Parker are two of the top freshmen in the country, and both are projected to go in the top five or top 10 of the NBA Draft in June. They're the most talented players on their respective sides and dictate how their teams play.

Ennis does a great job running the Orange, but I think he's a little overhyped because of Syracuse's undefeated record. Don't get me wrong - he's a very good player - I'm just not sold on his ability to take over a game and match points with a team that's just as good as his.

Parker returned to the form we saw him playing at early in the season against Pitt on Monday, but he's still struggled shooting the ball in ACC play. Whichever one of these talented guys play better than the other will likely lead their team to the win.

Jim Boeheim plays a 2-3 zone pretty exclusively, and his squad has the length and athleticism to bother shooters all over that side of the floor. However, Duke has a roster full of great shooters who have deep range. Usually 2-3 zones are designed to make the other team shoot long range shots, but Syracuse does a good job at limiting that.

But the zone will still leave shooters open every now and again, and if the Blue Devils can capitalize and hit their shots, that'll force the zone to extend out. Once that happens, suddenly the paint becomes more open for drives and shots around the basket, making the zone ineffective.

Prediction: Duke 73-68. I know Syracuse is undefeated and playing at home, but the Blue Devils are playing as well as anyone in the country. They really impressed me in another hostile environment Monday at Pittsburgh in their ability to handle adversity and not let the crowd dictate how they play. The game will be close throughout, with a lot of ties and lead changes, but ultimately there will be a Duke run in the second half that creates a bit of separation and leads to a Duke win.