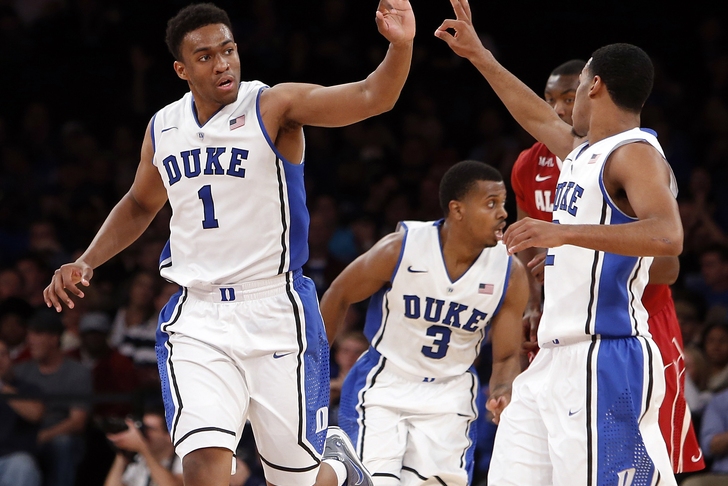 Duke rebounded from a loss at Clemson last Saturday with a 69-65 victory over Virginia on Monday after holding off a furious rally from the Cavaliers. NC State has lost two conference games in a row following a 77-70 win at Notre Dame, and are looking to get their season back on track.

Barber reminds me a lot of a younger Cook - quick and has the ability to get to the rim almost at will, but can play a bit out of control at times. And more importantly, both players are the offensive catalysts for their respective teams.

Whichever player can get the better of this matchup - or play more consistently, for that matter - will be able to run their team successfully and, therefore, lead their team to a win.

Now we get to the star players. Parker has been struggling of late (10.8 ppg over his last five games), but I think this will be the game where he gets back on track. NC State is a solid team defensively, but don't have anyone who can match up with Parker's skills. Warren is the Wolfpack's best bet, but he's 20 lbs. lighter and not as quick. The four days between games should also help Parker get rested and get his legs back under him.

Warren has been tasked with carrying NC State offensively all season and has done as well as you could expect of him (leading the ACC in scoring), but the rest of the Pack's lineup doesn't always step up to compliment him. With him being State's only option offensively, Duke's defensive will really only have to focus on him, which should essentially eliminate the Blue Devils' defensive struggles - at least for one game.