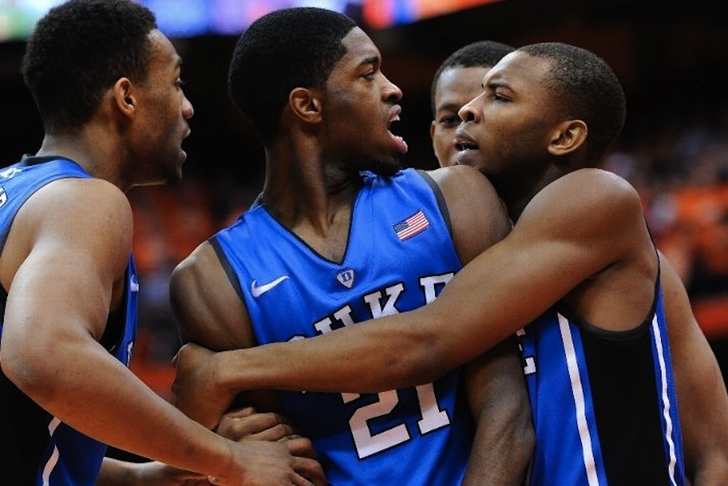 Yeah, this one's not going to be close.

It's easy for Duke to not get excited about this game. They have to travel all the way to freezing, snowy Chestnut Hill to play a game against one of the worst teams in the conference.

The Blue Devils have been on a roll since their win over Virginia, but they need to be careful not to overlook the Eagles. BC is a great outside shooting team, but unfortunately that's all they're good at.

But their shooting almost allowed them to upset Syracuse when they faced the Orange at home, so Duke needs to be careful.

I wouldn't be surprised if Hanlan declared for the NBA Draft after this season based on the players he has around him.  He's one of the top players in the ACC, and one of the best kept secrets in the country - largely because he plays on such a poor team.

His situation is similar to that of BC alum Reggie Jackson, who's now a key contributor on the Oklahoma City Thunder and was a star at Boston College, but you probably forgot or didn't know that because his teams were always not very good.

Hanlan has the ability to take over a game and score in bunches. He can single-handedly keep the Eagles in the game when the rest of the team is struggling. Don't be surprised to see Coach K run a box-and-one on him if he starts to get going.

Prediction: Duke 86-59. In order for BC to pull the upset, they have to shoot lights out from long range, Hanlan has to score at least 30, and Duke has to play their worst game of the season. And even then, the Blue Devils will probably still win. The talent discrepancy is just that wide. Duke should have no trouble in this game and breeze past the Eagles with flying colors.