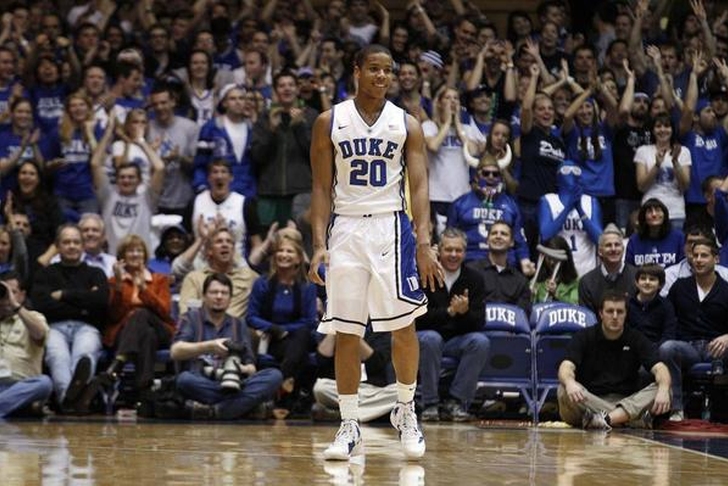 Dawkins, who scored 21 points in the first half on seven 3-pointers, had the Cameron Crazies going out of their minds. Those would be his only successful attempts of the night, as he finished 7 for 13 from the field; but his hot hand set the tempo early on and the Dukies never looked back.

He hit six 3s in a span of about 6 minutes and stretched Duke’s lead to 16, twice. Sinking two back-to-back shots from beyond the arc gave his team a commanding 37-21 score. Duke’s largest lead of the game came at 26, compared to the Deacons who never led by more than two points.

The Blue Devils (16-2, 4-0 ACC) recorded their 45th consecutive home victory, the nation’s second longest active streak behind Kentucky, and moved within one of the school record. They beat Wake Forest (10-8, 1-3) on their home floor for the 13th straight time, a place where the Deacons have not celebrated since 1997.

With a 45-32 halftime lead, the Blue Devils maintained composure and did not let up against a determined and gritty Demon Deacon unit coached by Jeff Bzdelik. Scoring 46 points in the second half helped Duke raise its points per game average to just over 80, which ranks as 12th in the nation. The team also shot 54 percent on the night, averaging a reliant .496 overall, good for 11th in the nation.

Junior forward Ryan Kelly, who started 13 of the previous 14 games, came off the bench to record a double-double with 20 points and 10 rebounds. Also off the bench, “diaper dandy” Austin Rivers played 32 minutes and scored in double figures with a 20-point night.

Third year guard C.J. Harris led the attack for Wake Forest with 20 points of his own and worked with a balanced starting group. Travis McKie finished with 16 points and 10 rebounds, while Tony Chennault and Nikita Mescheriakov added 13 and 12 points respectively. The Demon Deacon bench lacked depth in the scoring column and could not help sustain any momentum for a team that trailed all but about two minutes of the entire game.

Duke remains the only undefeated squad of the Atlantic Coast Conference after Florida State’s 90-57 beat down of North Carolina in Tallahassee. The Blue Devils will battle the Seminoles in Durham this Saturday, as they look to match their school record for consecutive home wins at 46.