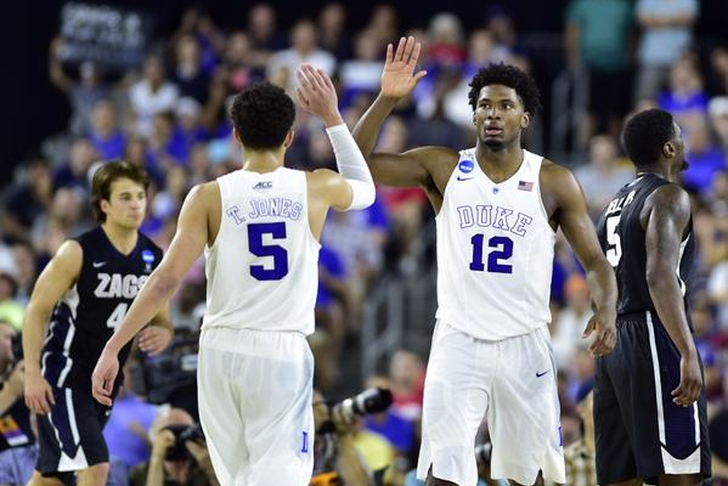 Duke built a double-digit lead in the first half, but Gonzaga fought back at cut the Blue Devils' lead to 31-26 at halftime. The Bulldogs didn't stop there as they surged back to take the lead, but Duke quickly recaptured the momentum and made the plays they needed to down the stretch to win the game.

Once the Zags took a 38-34 lead, Duke responded with a 9-0 run to regain the lead, which they would never relinquish again.

Gonzaga had been a great perimeter shooting team all season, but the Blue Devils held them to just two made three-pointers on 20 percent shooting. Duke also only committed two turnovers in this game.

Kyle Wiltjer was the only Gonzaga player that consistently gave Duke problems, finishing with 16 points.

Duke will face Michigan State in the Final Four on Saturday.