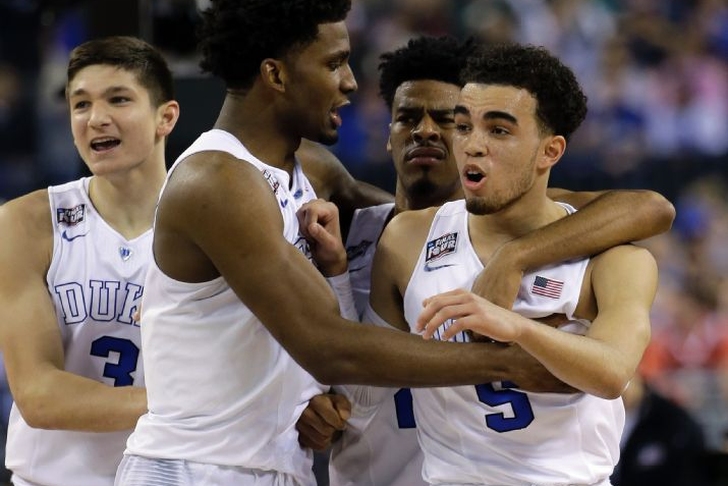 Michigan State got off to an extremely hot start, but Duke cooled them off in a big way to take a 36-25 halftime lead. The Blue Devils used that momentum to build a 20-point lead in the second half, and the Spartans were never able to recover.

Michigan State had everything going for them early in this one as they led 14-6 heading into the first commercial break. However, Duke went on a 30-11 run after that to close out the half and grab total control of the game.

Duke's defense was the story in this one as they forced Michigan State into 14 turnovers held them to just 29 percent shooting in the first half.

Jahlil Okafor was the dominant force in the post we've come to expect from him, scoring 18 points while grabbing six rebounds. Fellow freshman Justise Winslow was also dominant, recording 19 points and nine rebounds.

Denzel Valentine was the catalyst behind Michigan State's early run and was one of the few Spartans that stood out, scoring 22 points while grabbing 11 rebounds.

Duke advances to the NCAA championship game and will face the winner of the Kentucky/Wisconsin matchup on Monday night.