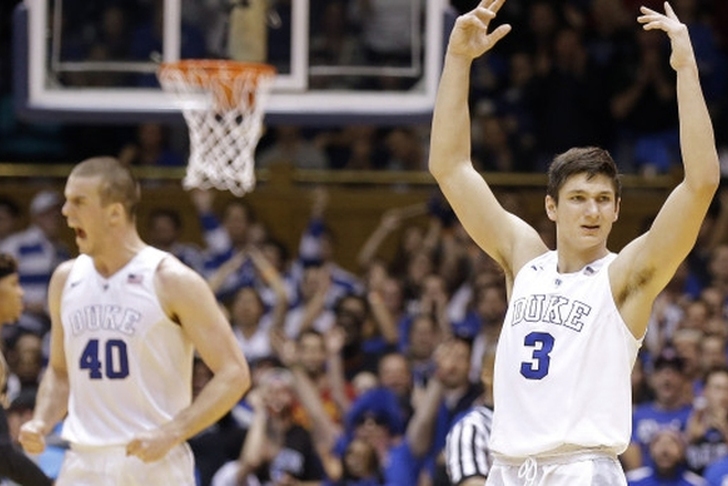 The Duke Blue Devils were in early danger of being upset by a double-digit seed for the third time in five years, but used a strong second-half run to pull out the hard-fought 93-85 victory over UNC Wilmington.

The Seahawks went on a major run to close a back-and-forth first half, reeling off a 15-8 run to take a 43-40 lead into the break. Their pressure defense forced Duke into multiple turnovers, almost all of which led to easy baskets for UNCW.

Duke turned the tables on Wilmington in the second half, regaining control with a 14-0 run. Wilmington continued to hang around and cut the lead to as little as five down the stretch, but the Blue Devils ultimately held on. They were able UNCW's press with regularity in the last five minutes of the game, resulting in numerous uncontented dunks by Marshall Plumlee.

Grayson Allen led the way for Duke from start to finish in this one. He finished with perhaps his best all-around game of the year, racking up 21 points with nine rebounds and five assists. Brandon Ingram (20 points) and Plumlee (23 points, eight rebounds) also provided Duke with a big lift, even though Plumlee was playing with a broken nose.

The difference in the game was Duke's explosive offense, as they shot an incredible 53.7 percent from the floor. The Blue Devils also outrebounded the Seahawks 39-34.

Guard Craig Ponder led the way for UNCW offensively with 22 points and four assists. Chris Flemmings also had a big game with 18 points.

Duke now faces the winner of (5) Baylor vs. (12) Yale in the second round on Saturday.