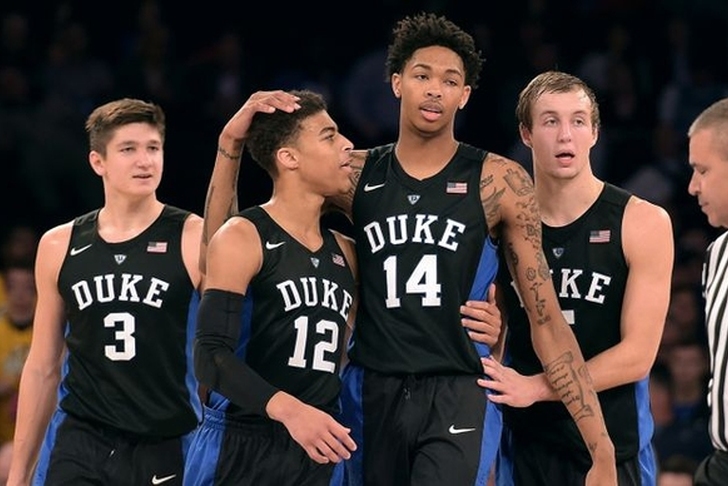 The Duke Blue Devils have had a very up-and-down season with five new starters from last year’s national championship team, and come into the tournament having lost three of their last six games. Here's everything you need to know about the Blue Devils:

Allen has built on his strong performance in last year's NCAA Tournament to become of the breakout stars in college basketball this season. Brandon Ingram is Duke’s most talented player, but no one matters more to the Blue Devils than Allen. Duke is just 10-6 when Allen scores less than 20 points, compared to a stunning 13-4 when he hits the 20-point benchmark. That will be a major key for Duke in the tournament.

There are maybe a handful of teams across the country that have the talent to match Duke’s capable duo of Allen and Ingram. Allen is one of just five major conference players averaging over 20 points per game, while Ingram is projected to be the No. 2 overall pick in the NBA Draft this summer. Both players are knockdown shooters from the three-point line and are excellent at attacking the rim, making both extremely tough to guard. Look for these two to become even bigger stars with their performances in the NCAA Tournament.

With the injury to senior forward Amile Jefferson (who will take a medical redshirt this year), Duke has been using a six-man rotation - five of whom are guards. That has been their undoing against teams that like to push the pace or when they get into foul trouble, giving the Blue Devils no room for error.

Outlook:
Duke simply isn’t as talented as they have been in year’s past, but they are a Sweet 16 contender because of the play of Allen and Ingram. However, that’s as far as Duke’s depth will allow them to go.