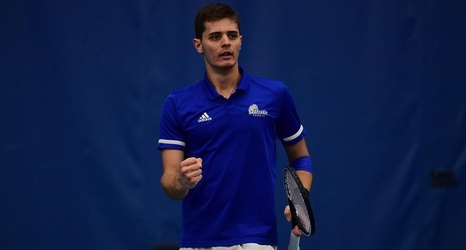 Matic earned the honor last season as well. He was one of six Summit League tennis players, men and women, to earn the honor two times in a row.

The redshirt-sophomore earned the honor after posting a 4-0 record in singles play and 4-1 record in doubles play this past season. In the classroom, he holds a 3.9 GPA in Clinical Health Sciences.

Matic helped the Bulldogs earn the Summit League Tournament Championship and an appearance in the NCAA tournament.