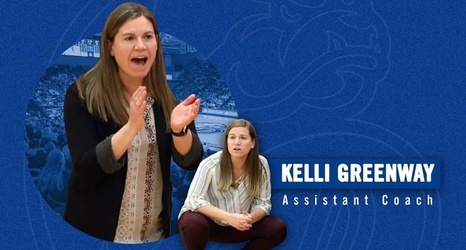 Greenway joins Drake after five seasons as the head coach of Grand View University. In her time with the Vikings, she led them to three NAIA National Tournament appearances, coached the 2021 Heart of America Player of the Year, and held a 97-60 record.