Why Miguel Cabrera's march to 3,000 hits is special for Detroit Tigers' Eduardo Rodriguez 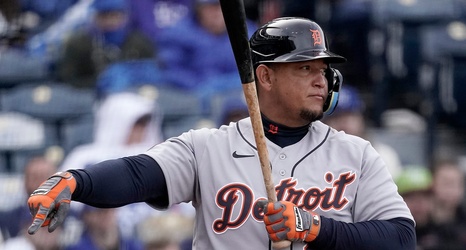 Detroit Tigers left-hander Eduardo Rodriguez spent his entire 2012 season for Low-A Delmarva, an affiliate of the Baltimore Orioles. He was 19 years old at the time and three seasons away from making his MLB debut.

That year, Miguel Cabrera — a fellow Venezuelan — made history in the big leagues.

He won the first Triple Crown since Carl Yastrzemski for the Boston Red Sox in 1967. Cabrera, now 39, led the American League with a .330 batting average, 44 home runs and 139 RBIs.