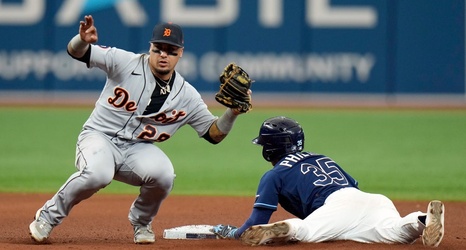 The 24-year-old did not suffer an injury.

“Nothing arm or shoulder related," Tigers general manager Al Avila told the Free Press in a text message Thursday. "He felt light-headed and was not feeling well.”

Manning tossed two scoreless innings, but allowed two hits, three walks and hit one batter. He threw just 22 of 49 pitches for strikes, recording two strikeouts. He pitched the first game of a doubleheader at Triple-A Indianapolis, an affiliate of the Pittsburgh Pirates.